We have condensed a list of the top books on female saints for your reading list. The goal here is to shine a light on the great Catholic women the Church has had in her history, and inspire the next generation of Saints. Hopefully one book on this list will serve as a good book for your Catholic women’s book club, a gift for a Catholic female friend, or a gift for your mother, wife, sister, or daughter.

The books in this list offer a range of genres. Some are biographies, some are diaries, and others are instructional. If you are looking for inspiration in the spiritual life, any of these books will provide that. All the women on this list are role models for holiness. Perhaps most importantly, I hope you will see for yourself that holiness is attainable for normal, human people that are imperfect sinners, but are striving for holiness.

Get Ready for Inspiration. Here are The Top Books on Female Saints

So here it is. The definitive list of best books on female Catholic saints. Many copies have been sold of each of these titles.

Read on for short descriptions of each book.

Story of a Soul – The Autobiography of St. Therese of Liseux (The Little Flower)
By St. Therese of Lisieux
Story of a Soul is a classic read for anyone looking for powerful spiritual reading. Saint Therese of Lisieux, known as Therese of the little child Jesus or Therese of the little flower, is the patroness of missionaries, even though she never left the convent. The simplicity of her life in faith shines in this autobiography, as her little way brings light into the reader’s life. This modern saint’s life was filled with graces. It is a short, easy read and accessible to most people. For those who want a little something extra, consider the small devotional book, The Little Way for Every Day for quick bedside reading.

No Greater Love
By Mother Teresa of Calcutta
his is a book of reflections on various topics by Mother Teresa. Each chapter focuses on one topic, like prayer, love, giving, suffering and death, poverty, forgiveness, and others. This is not a biography, but more of her testimony and philosophy on the world. By reading Mother Theresa’s own writings, you’ll learn her total selflessness and deep agape love for the poorest of the poor. She founded the Missionaries of charity – an order which is still thriving to this day. Their daily work is to imitate Jesus and see Jesus in the poor that they serve. One highlight of this easy read is Mother Teresa’s deep devotion to the Eucharist.

Come Be My Light
By Mother Teresa of Calcutta
We love her so much, she has two books on this list! Come Be My Light is a compilation of Mother Theresa’s writings as she suffered through her struggles and doubts in her early years, as well as later in her life. She went through long periods of desolation and a sense of abandonment by God, showing that she really was human like the rest of us. Despite being a saint, she had weakness and doubts. This memoir will help you persevere in your own spiritual struggles. The take home message is : Christ loves you despite your flaws, failings, and imperfections.

Diary of St. Faustina Kowalska : Divine Mercy in My Soul
By St. Faustina Kowalska
Buckle up – this classic is a longer read. Saint Faustina was polish nun of the Sisters of our Lady of Mercy. In the 1930s, Jesus asked her in a vision to share a message of mercy to the whole world. Through multiple visions of Christ and the advice of her spiritual director,  she was asked to keep a detailed journal. This is that journal. This is the definitive source of how the divine mercy chaplet came to be, and how divine mercy Sunday was established in the Catholic calendar. Reading this book will be good for your soul in a tangible way. You will be struck by how much we are loved by Christ. He wants a relationship with us, and has done the ultimate sacrifice to redeem us.

The Interior Castle
By St. Theresa of Avila
Interior Castle is the mystical writings of St. Theresa of Avila, Doctor of the Church. She was a Spanish noblewoman that was called by God into monastic life as a Carmelite sister. The book is a guide for spiritual development. She had a vision of her soul as a castle made of diamond with many rooms inside of it – like the “many mansions” Jesus speaks about in the Gospel. Her journey of faith includes seven stages, which end with union with God. Her writings are often compared to those of her male counterpart, St. John of the Cross – who also writes of the spiritual life as passing through a series of stages. This book will Inspire you to pray and meditate more.

Joan of Arc
By Mark Twain
This is a great biography about a warrior, a strong female, and martyr from the middle ages. It is a fictionalized memoir, taken from historical facts from the sworn testimony of Joan Arc across three trials. One of the great things about this book is that it was written by Mark Twain, who was not Catholic. He was very skeptical of religion in general. However Joan of Arc fascinated him, so he researched her life for twelve years, and took two years to write the book. It is the book that Mark Twain was most proud of. You will enjoy it for some parts beautiful, other parts funny, and also tragic. This is an all-around amazing book with a great story, strong women, and historical truth.

The Song of Bernadette
By Franz Werfel
Bernadette Soubirous was a 14 year old peasant girl that experienced Marian apparitions in 1858 in Lourdes, France in a grungy grotto. The grotto at Lourdes later became a pilgrimage site of prayer and healing that is still visited by millions to this day. This is a biographical novel about these apparitions, written by Franz Werfel, a Jewish intellectual that fled the Nazis at the beginning of WWII. Franz makes Bernadette a relatable person, not an untouchable saint. This is an uplifting novel of hope and optimism that will make you smile. Werfel makes the scene and characters come to life, with vivid depiction of the places in the apparitions. He will make you feel like you are there with Bernadette at Lourdes.

The Dialogue
By St. Catherine of Sienna
The Dialogue makes the list because it is a Catholic classic, and it is also written by a Doctor of the Church. Saint Catherine of Sienna lived in 14th century Tuscany and was one of twenty-five children. When she became a third order Dominican sister, she started to have ecstatic visions. She was also very active outside the convent and would care for the sick and poor. In her prayer, she asked God four theological questions. This book contains God’s responses to those theological questions. Other notable elements of this book are her notions of the “mystical marriage” and her own view of stages in the spiritual life. Since her explanations of theology are deep and dense, this is a slow read. I recommend working through this one slowly as a sort of prayer or lectio divina.

Essential Writings of Edith Stein
By Edith Stein
Edith Stein, or St. Teresa Benedicta of the Cross, was a convert from Judaism that became a Discalced Carmelite nun, and died in Auschwitz concentration camp in 1942. She was deeply imbued with the Holy Spirit; evidenced by her bravery and clear conviction of her calling. There is no other female Catholic Saint as intellectually sophisticated as her. Her rich spirituality is beautiful. This book will build women up and give them a true sense of who they are, through the lens of a brave, modern saint. It is also a great read for men to appreciate the mysterious other : woman.

Chiara Corbella Petrillo : A Witness to Joy
By Simone Troisi and Cristiana Paccini
Our last book on this list is not about a canonized Saint. However, Chiara Corbella Petrillo’s cause for canonization was opened in 2017. She married her husband, Enrico in 2008, and tragically died four years later in 2012. This book contains a love story that goes beyond the sappy, cheesy erotic love you may find elsewhere. It features the love of self-sacrifice and joy even in suffering. Chiara was diagnosed with cancer, but chose to await treatment because of its possible negative impact to her child in the womb – a powerful, pro-life witness. Read this book for a very recent testimony of a couple that put their faith in God, lived in the present moment, and radiated the precious joy of life.

I hope you found your next book or a gift for a friend or family member from this list.

The Church needs good, strong, faithful women. It has great female saints, and their stories are worth passing on. 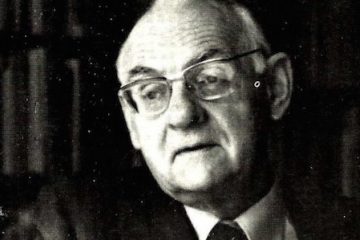 Looking for a book you heard mentioned on the podcast? We've got you covered. These are all the Hans Urs von Balthasar Books Mentioned on Catholic Stuff You Should Know (CSYSK). He has supposedly written some great treasures, but you may have never really checked out his writing. Well you are in for a treat!

Interactive Timeline and Map of The Early Church Fathers (GIF) 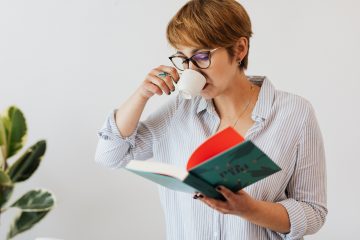 18 Bestselling Authors that Don’t Use Profanity

We compiled a list of obscenity free, sex free, and (mostly) uplifting authors that don't use profanity. The genres on this list ranges from thriller to mystery to action and adventure. For each author, I have also listed their top selling novels. I hope this list can provide a good recommendation for your next clean read.