As a listener of Catholic Stuff You Should Know (CSYSK), you may be looking for a good recommendation, perhaps something a little lighter than the theology and philosophy that our hosts often recommend. Maybe you want to get into reading, but don’t know what to read. You’ve heard Fr. Nepil mentions some classic literature, and are coming back to jog your memory. Here are the 2019 Fiction Catholic Stuff You Should Know books you may have forgotten.

Whether you are pro-banter or not, there is a good reading recommendation here for you. Whether it’s a book from classic literature, or a good read by a Catholic author, we scraped out every fiction mentioned on the CSYSK podcast in 2019. Some are novels, others are short stories. They even threw in a comic book. These are the fiction books from the Catholic Stuff You Should Know podcast.

Here’s the complete list of fiction books mentioned on Catholic Stuff You Should Know in 2019.

Fiction Catholic Stuff You Should Know Books (and Descriptions)

The passage of time has not diminished A Christmas Carol. This classic Dickens novel about Ebenezer Scrooge is a well loved classic for the season. Dickens is light of heart and full of meaning. With each ghost that appears, you recognize the Scrooge in yourself. CSYSK recommended this around Christmas time.

Laurus
By Eugene Vodolazkin
Episode 379, “Laurus : A Book of Journeys”
Laurus will bring you into Russian orthodoxy during the three traumas of the last century. This story is about redemption and how a holy man journeys through Russia physically and spiritually. The novel combines religious themes and historical facts, and is bristling with lore and magical lyricism.

Silence
By Shusaku Endo
Episode 383, “The Poorest of the Poor”
This book was made into a major movie recently by Martin Scorcese. There is a great Bishop Robert Barron video also reviewing this book (warning- the video has spoilers). Endo chronicles two Jesuit Missionaries in Japan during a time of Christian persecution. The tone is somber as it explores tests of faith and martyrdom vs. apostasy.

Deep River
By Shusaku Endo
Episode 383, “The Poorest of the Poor”
Deep River follows four Japanese tourists on a tour in India. It is told from different points of view, as each character faces spiritual and moral crises. This novel will appeal to Christians and well as people interested in general spirituality, as it portrays a historically based collision of eastern and western religions.

The Lord of The Rings (Trilogy)
By J.R.R Tolkien
Episode 380, “#StayDangerous” and Episode 301, “Olobedience”
Are you really Catholic if you haven’t read Lord of the Rings? This seems to be the most popular movie trilogy among Catholics, and the books are surging in popularity among millennials. Tolkien’s Catholic worldview is infused in every character of these books. The epic story explores friendship, truth, virtue, and temptation as the fellowship embarks on a quest for a good of the world. Fr. Nathan and Fr. Goebel are big fans.

The Chronicles of Narnia (Series)
By C.S. Lewis
Episode 380, “#StayDangerous”
This series contains C.S. Lewis’ most famous fictional works. They hold their weight as children’s books with infused Christian themes and virtue throughout. This is a classic series of adventures that have been partially turned into a movie series. Alsan, the lion reveals the profundity of understanding and love of Christ. Journey through Narnia for an inspiring adventure.

A Clean, Well Lighted Place
By Ernest Hemingway
Episode 385, “Psychotropics v. Sacraments”
Not every novel recommended on CSYSK is written by a devout Catholic. This is actually a short story by Ernest Hemingway – the most famous author in America at his time. This particular story explores loneliness and the struggle to deal with despair. If this isn’t your cup of tea, consider perusing some of Hemingway’s other adventurous short stories – The Snows of Kilimanjaro, Hills like White Elephants, or the Killers. His short, declarative writing style is gripping and easy to follow.

The Picture of Dorian Gray
By Oscar Wilde
Episode 399, “There’s No u in me”
Full of metaphors for hedonism and vanity, the Picture of Dorian Gray is considered one of the most classic Victorian novels ever published. It’s a masterpiece flourishing with beauty and wit. The book was shocking at the time it was published, as it explored a certain taboo subject of the time. Still, it is very readable today, and offers a reflection on the vice and temptation of man.

Brideshead Revisited
By Evelyn Waugh
Episode 410, “Twitch Upon a Thread”
Waugh displays her affection for and fascination with the Catholic Faith in Brideshead Revisited. The book’s main character is reflective and nostalgic about his past. It may be one of the best religion-themed novels, with a touch of humor. It was later turned into a Masterpiece Classic film.

Father Brown (Series)
By G.K. Chesterton
Episode 410, “Twitch Upon a Thread”
Chesterton’s mastery of wit and paradoxes shone when he wrote the Father Brown mystery series, which follows a Sherlock Holmes style sleuth priest.  It was later turned into a BBC series and can be streamed online. Even if you have seen the series on TV, the stories are still worth reading. Be aware that the content of the stories reflects the time of their writing (1910-1951) so some have not aged as well as others.

Calvin and Hobbes
By Bill Waterson
Episode 410, “Twitch Upon a Thread”
Fr. Goebel casually mentions that he’s reading Calvin Hobbes in this episode.They don’t make an outright book recommendation, and Calvin and Hobbes is actually a comic strip. The humorous story of a boy and his tiger is funny for children and adults alike. If you grew up in America, it will remind you of your childhood, and make you cry in laughter. If you’ve never read Calvin and Hobbes, go ahead and read a quick comic strip online. It’s easily one of the most beloved comic strips of all time.

That completes our list of all the Catholic Stuff You Should Know fiction books mentioned in 2019. If you have any questions or a correction to make, please contact me and I will try my best to help! 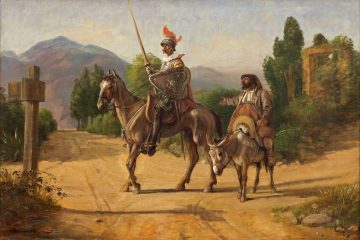 You may have just read Don Quixote (or some shortened translation of it) and wondered, what were all those books mentioned in the story? At the time that Miguel de Cervantes wrote Don Quixote, the popular literary genre was romance, with fantastic narratives that were filled with marvel. Don Quixote introduced the contrast between romance and reality in a creative way that displayed Cervantes’ literary genius and humor. These are the books mentioned in Don Quixote. 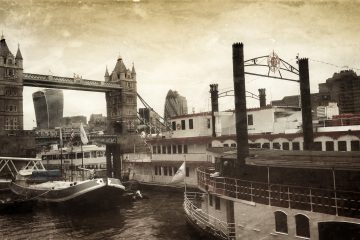 Many people are looking for adult books that provide an excellent story without the profanity. Some authors that provide this content are hard to find. That’s why we compiled this list of Classic English authors that don’t use profanity. These authors produced not only classic works of art, with beautiful literature, but also uplifting stories of heroic journeys, pure romances, and moral tales. So here is our list of clean English fiction authors and some of their best works. 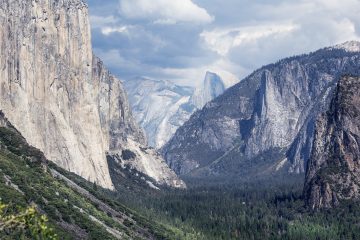 Here is a list of clean American fiction authors and some of their best books. This is part of the series on authors that don’t use profanity.