If you are a fan of the podcast Catholic Stuff You Should Know (CSYSK), you may be wondering who this von Balthasar guy is that Fr. Nepil always mentions. He has supposedly written some great treasures, but you’ve never really checked out his writing. Well you are in for a treat! These are all of the Hans Urs von Balthasar books mentioned on Catholic Stuff You Should Know

Who is this Balthasar guy, anyway?

Hans urs Von Balthasar was a Swiss Priest that lived from 1905-1988. He is said to have heavily influenced Pope. St. John Paul II. Along with Karl Rahner, he is considered the most important theologian of the 20th century by Bishop Robert Barron. Von Balthasar became a Jesuit in the 1920s. As a result, his spiritual life reflects an Ignatian approach to all things. While living in Leon, France, he studied under Henri de Lubac, who was leading the “Back to the sources” movement (in this case, the sources being the scriptures and the church fathers). His studies in Leon bolstered his knowledge of patristics. As a testament to his holiness and wisdom, von Balthasar was asked to be a cardinal twice by JP2, and turned it down both times. Finally, he accepted, but died before the conferring of the colors. Some say it was never meant to be. Balthasar is known for fighting against a ‘sitting theology’ and instead arguing for a ‘kneeling theology’ of worship and reverence. His extensive writings focus on what the Catholic Church’s response to western modernity should be. His writings challenged traditional thought at the time they were written. Many say that his writing is an acquired taste and not for beginners in Theology. These books are dense and are read in many seminaries across America.

Here’s the complete list of von Balthasar books mentioned on Catholic Stuff You Should Know.

Read on for short descriptions of each book.

Razing the Bastions : On the Church In This Age
Episode 420, “God The Destroyer”

Razing the Bastions is an inspirational book on the spiritual life that defines and anticipates, in a prophetic way, the role of the laity in the Church. The book takes an interesting dive into history, and ties those historical lessons into insights for the Church today. This book is very short, making it more approachable.

Priestly Spirituality
Episode 413, “A Diabolical Masterpiece”
Our Podcast hosts mention this book on the episode about the priestly sexual abuse scandal which broke in 2019. This writing is a sort of handbook that describes how a priest should be formed. It is a great resource for those preparing for priesthood, or discerning that vocation. It was not written as a book, but rather as a collection of essays. The tone is personal, as the writer is a holy priest and theologian himself. Balthasar includes heavy references to scripture in his exhortation to conform to Christ.

Dare We Hope That All Men Be Saved?
Episode 410, “Twitch Upon a Thread”
This writing on Hell is one of the most misunderstood works of Catholic theology. As a result of Dare We Hope That All Men be Saved, Hans was accused by some of espousing universalism. However, he argues that it is good to hope for the salvation of all, and perfectly acceptable for Christians to have this hope. He also reflects on the nature of Christian prayer, and whether God hears all prayers. This is a wonderful book if you are someone who questions the tradition of a “crowded hell.” It also clears away the doctrine of predestination definitively.

Explorations in Theology Vol. 2 : Spouse of the Word
Episode 399, “There’s No U In Me”
This second volume of Explorations in Theology is briefly mentioned as a text read in seminary formation. Spouse of the Word focuses on Scripture and Tradition, and the Church as the bride of Christ. If you are interested in a foundational introduction into theology from the lens of Balthasar, consider starting with the first volume in this collection.

If you want more von Balthasar, I have compiled a list of his most popular books. In the article Top Books By Hans Urs von Balthasar.

If you have any questions or a correction to make, please contact me and I will try my best to answer your question.

Check out other articles featuring The Catholic Stuff You Should Know Podcast:
All Fiction Books Mentioned on CSYSK in 2019 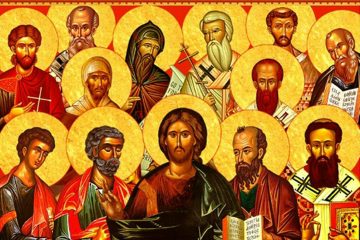 Back to the beginning : 9 Inspiring Catholic Early Church Fathers Writings and 5 Spectacular Commentaries

If you read about what the early Church was like from the years 50-500AD, you will see a lot of resemblances with the modern day Catholic Church. Thanks to a group of zealous, faithful men called the ‘Church Fathers,’ we have thousands of pages of writings to give us a portal into the early Church. These men were bishops, disciples, and martyrs - all striving to preserve the Church of Christ and battle against heresies. As a Catholic early Church Fathers writings are a key to understanding our faith. 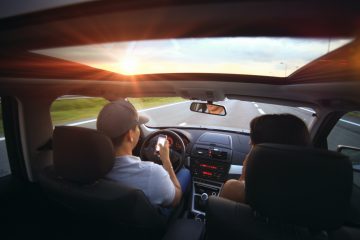 13 of The Best Catholic Audiobooks You Can Listen to Today

This list contains what we think are the best Catholic audiobooks available to be listened to today on Audible. We have divided them into two categories, nonfiction and fiction, so you can look at what interests you the most. While the Nonfiction books focus are considered 'spiritual reading' the fiction books don't all fall into that category. However, they do have strong Christian themes at the minimum. 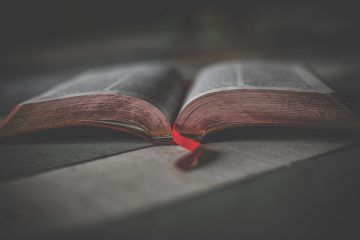